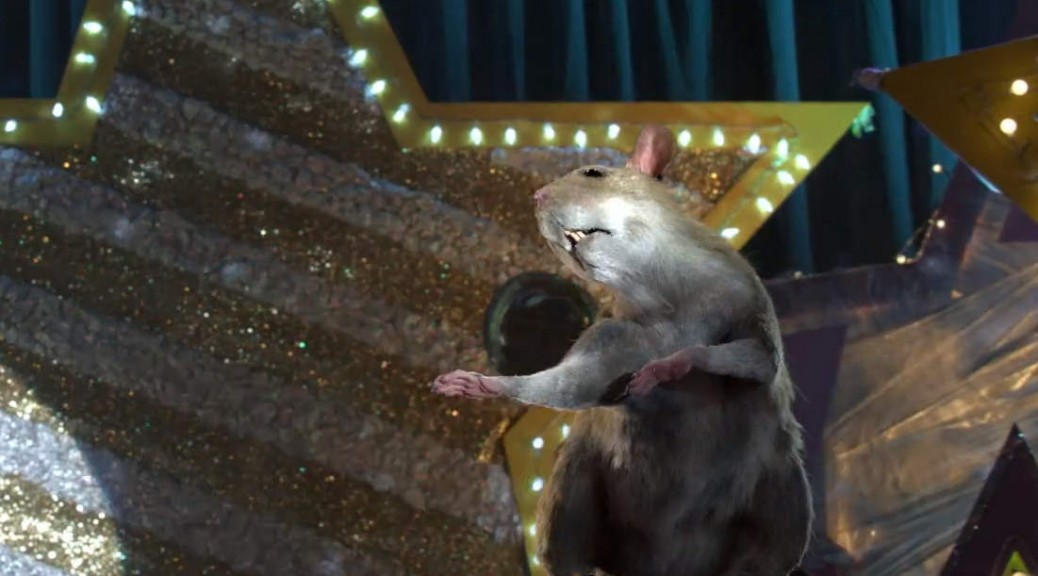 I had the great pleasure of leading the animation of the Rat for David Walliam’s Ratburger. The work was done at Lola Post in London. It was such a fun project. Making a Rat dance to Beyonce? It doesn’t get any better than that. It aired on Sky on Dec 24 2017.
Here is Lola’s break down of some of the scenes.
Lola Ratburger Breakdown Here is a 2 minute showreel of my dinosaur animation.  This was done for Jellyfish Pictures. The doco is Planet Dinosaur for the BBC. Apologies to Run DMC for using their music.

I’ve just finished a really fun gig making and animating CG Jellyfish and a Tomopteris (a what?) for a new British film called Pressure, directed by Ron Scalpello.

The CG is all being done by Pearl DME under the steady guidance of Will Rockall. A great bunch of guys to work with.

I was called in to model, shade, rig and animate realistic looking jellyfish for several shots. I used Softimage xsi and made the tentacles with Syflex ICE curves.

I also made a tomopteris, which is a many legged deep sea critter that looks like a swimming centipede. Rigging all those legs to be floppy and swimmy was a bit of a nightmare, again using Softimage, but the finished creature looks pretty good.

I’d love to put up some pictures of it, but you’ll have to wait till the film comes out in a couple of months time.

In his review of The Dinosaur Project, Philip French’s says, ‘The CGI monsters are surprisingly convincing.’ 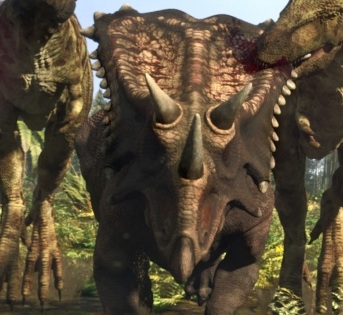 After finishing up on Planet Dinosaur, Jellyfish Pictures has swung straight into production on the feature film The Dinosaur Project. I’m animating another Plesiosaurus and a cute two legged thing that befriends the main character. Fun stuff. Here is part of a sequence I animated for VES nominated BBC doco: Planet Dinosaur. You can watch the whole thing on Youtube.

Here is me in action! Animating away on the BBC doco Planet Dinosaur. See how I act out the wing movements? That’s cos I’m fly.