Amazon is getting into content creation. They have commissioned Jellyfish Pictures to make a pilot for a kids series called Buddy-Tech Detective. Here is a still from the shot I’m working on. It’s pretty cute. You can find it if you have a Zon Prime account. (‘Zon’ izwat the cool people call Amazon…) I’ve been animating Neal, the Sofaworks sloth. A cute little critter who sells sofas. He has a huge following on Facebook and Youtube. But he was very down to earth with me. He was rigged and rendered in Softimage xsi.

Here is a 2 minute showreel of my dinosaur animation.  This was done for Jellyfish Pictures. The doco is Planet Dinosaur for the BBC. Apologies to Run DMC for using their music.

Here is a character I’ve designed and created. I think she’s very charming. She’s rigged and ready to go. Not sure exactly what I’m going to do with her. But I think I’m going to give her a puppy. I’ve just finished a really fun gig making and animating CG Jellyfish and a Tomopteris (a what?) for a new British film called Pressure, directed by Ron Scalpello.

The CG is all being done by Pearl DME under the steady guidance of Will Rockall. A great bunch of guys to work with.

I was called in to model, shade, rig and animate realistic looking jellyfish for several shots. I used Softimage xsi and made the tentacles with Syflex ICE curves.

I also made a tomopteris, which is a many legged deep sea critter that looks like a swimming centipede. Rigging all those legs to be floppy and swimmy was a bit of a nightmare, again using Softimage, but the finished creature looks pretty good.

I’d love to put up some pictures of it, but you’ll have to wait till the film comes out in a couple of months time.

After finishing up on Chatter Zoo I went on to modelling, rigging and animating more dinosaurs. This time it is for the iPad game to go with the new Walking With Dinosaurs movie. Unlike the original doco this is a cutsy vehicle for very young children.

Here is the trailer on Youtube. We really had to push hard to get onto the app store for Christmas. I’m working on an iPad game for Jim Henson’s Chatter Zoo. Here is the trailer on YouTube. I’m using 3DS Max for the first time in over ten years! I’m fixing models, rigging them and animating them. The deadline is tight.

Using a different piece of software to do these familiar tasks is a bit like having a sex change: All the buttons are in a different place.

(I haven’t had an actual sex change, so please consult your doctor before acting on this information.)

In his review of The Dinosaur Project, Philip French’s says, ‘The CGI monsters are surprisingly convincing.’ 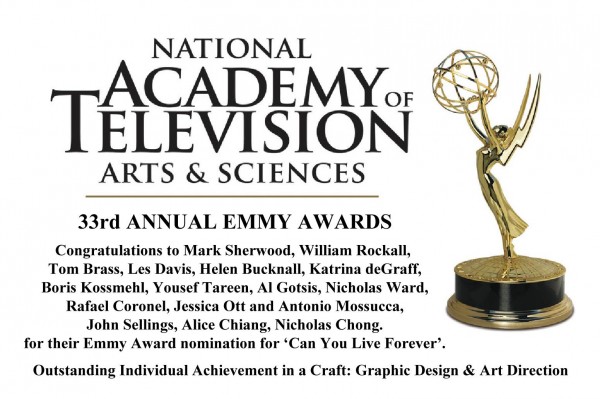 The discovery Channel doco that I worked on ‘Can You Live Forever’ has been nominated for an Emmy!

We have just released our latest iOS game Beekeeper. I did all the design and artwork while my partner, Brett Hutley, did the programming. A huge project for two people, but load and loads of fun. (And a few very loud fights.)